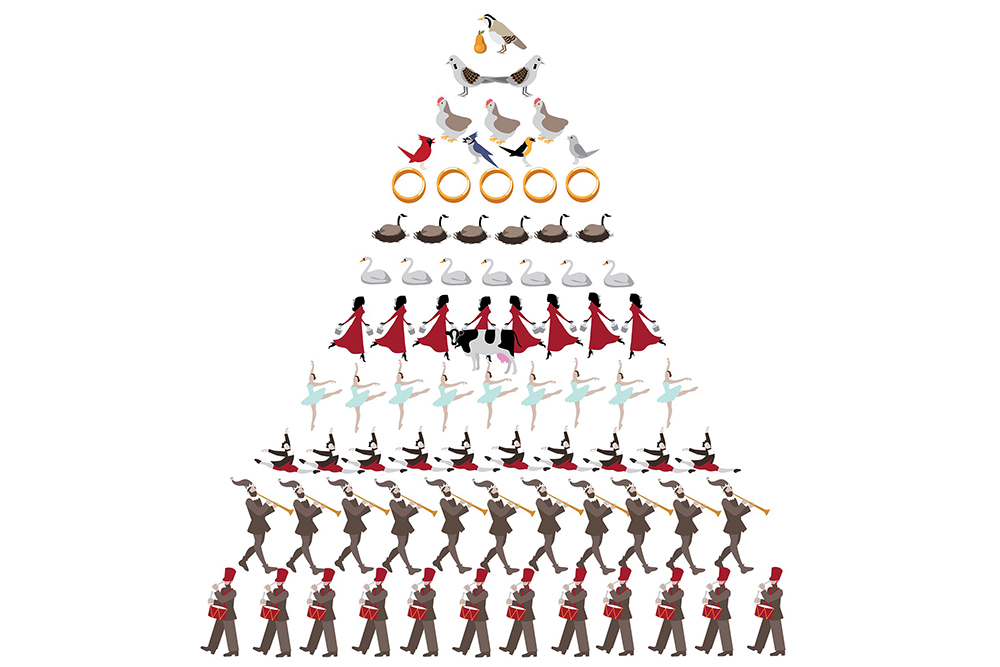 I remember vaguely hearing that the 12 Days of Christmas was a hidden code for Christian teachings. Like most people, I didn’t know the specifics and I decided to take a little time out to learn what it meant.

Good old YouTube had a crash course on the 12 Days of Christmas. I was surprised to find that, like so many of the most important things in life, the song was about truth, love, and freedom. Namely, religious freedom. The song was written during a harsh period of religious persecution towards Catholics in England. Catholics at the time had to teach and practice their faith in secret for fear of being arrested and even killed for their faith.

As one covert way to teach and pass on the faith and traditions, they composed the 12 Days of Christmas. In what appeared to be a silly love song, they hid the most sacred teachings of the Catholic faith. The song quickly gained widespread popularity and was passed down through the generations. Yet even today many or most people still don’t know or understand what the song was meant to teach.

After learning about this and what the different symbols meant, I thought it would be a fun way to teach a little about the history of religious freedom and some of the most basic Christian teachings. My kids already knew the song and most of the words but of course nothing about its actual history. I piqued their interest in learning more about the song by explaining a little about “secret codes” and having to “hide their faith because they were getting killed for it.” So, we decided to watch a video about its history.

Each of the gifts in the song is heavily loaded with meaning and I loved that the “one true love” was a reference – of course – to God. The song, as with everything, began and ended with God and his love for us and all that he gave to us. I would have never guessed that the “partridge in the pear tree” was a symbol of God’s parental and sacrificial love for humankind. A partridge is a bird that would sacrifice itself in order to protect its young and the pear tree was a reference to the cross. I could see how all the gifts that followed – the doves representing the Old and New Testaments; the (three) gifts of faith, hope, and love; the Four Gospels; The Five books of Moses, etc. all were, in essence, repeated expressions of God’s endless, eternal love for all humankind.

At this very special time of year, we remember Emmanuel – “God with us” – in the event of Jesus’ birth and in the reminder that we are all God’s children. Since learning the real story and meaning behind the song, we have since sung the 12 Days of Christmas with hearts full of love for God and heavy with remembrance for those who lived and died for their faith.