My Son and His Jacket 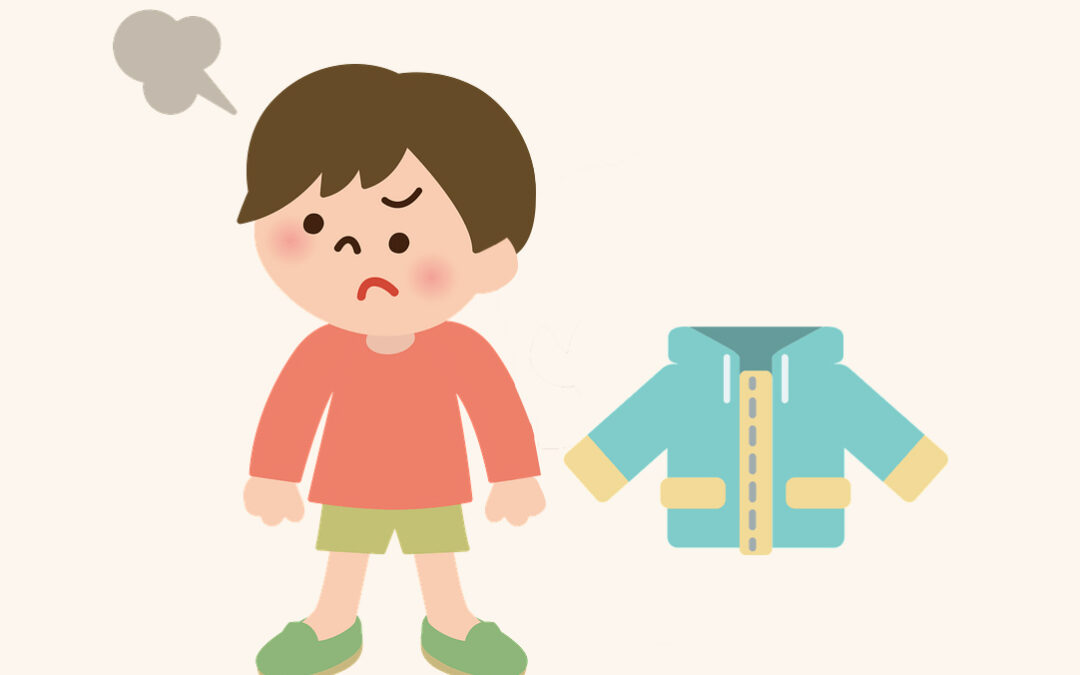 My two-year-old son has an enemy. It’s his jacket. Every time I ask him to put it on before going outside, he fights me, twisting and turning in every way to resist. “No jacket! No jacket!” he yells.

There was a particular day when a lot was going on, so I was trying to get everything ready in the morning for the big day ahead of us. But nothing was going right, and the clock kept reminding me, “You’re late!” My stress levels were rising but we were almost ready. The time came for my son to put on – you guessed it – his jacket.

I mustered up the calmest voice I could and said, “Honey, let’s put on your jacket.” No matter how sweet of a voice I used, he seemed to sense my inner turmoil. It was reflected in his actions – he went berserk. He really fought that day, running in all directions to avoid being captured.

I can be stern at times, but at that moment, my energy had run out. I felt defeated. I sat on the floor next to my son. I looked up at him and with a sigh, quietly said, “I’m having a really hard day.”

I wasn’t expecting him to understand; I was simply voicing it aloud to let out my frustration. But I noticed the expression on his face changed. He looked at me curiously and then walked away. Then he did something totally unexpected. He came back grasping his jacket, held it out to me, and said, “Mama, jacket?” I was confused, but as he held it out to me, it registered. He was asking me to put his jacket on him.

I stood up and helped him to slip his arms into his jacket sleeves. He didn’t fight it at all this time. He let me put on his jacket, and then he really surprised me by doing a happy dance, as if his jacket had suddenly become his favorite thing in the world. He then quickly slipped on his boots and cheerfully said, “Mama, let’s go!”

I’ll never forget that experience. It brings tears to my eyes remembering it even now, many months later, because I know that at that moment, it wasn’t that he really wanted to put on his jacket. He still disliked his jacket, as he always had. But he realized that mom was having a hard day and that he could do something to make it better. Then he made a conscious choice to do just that, even if it meant doing something he didn’t want to. I was so moved to see that even at the young age of two, he could make the choice to sacrifice something for the sake of someone else.

Since then, I’ve witnessed even more of these moments with my son and with other children. It’s been inspiring to see that God gave each of us a heart with the ability to love selflessly, even from when we’re so very young.