Raising Our Children to Become Co-Creators 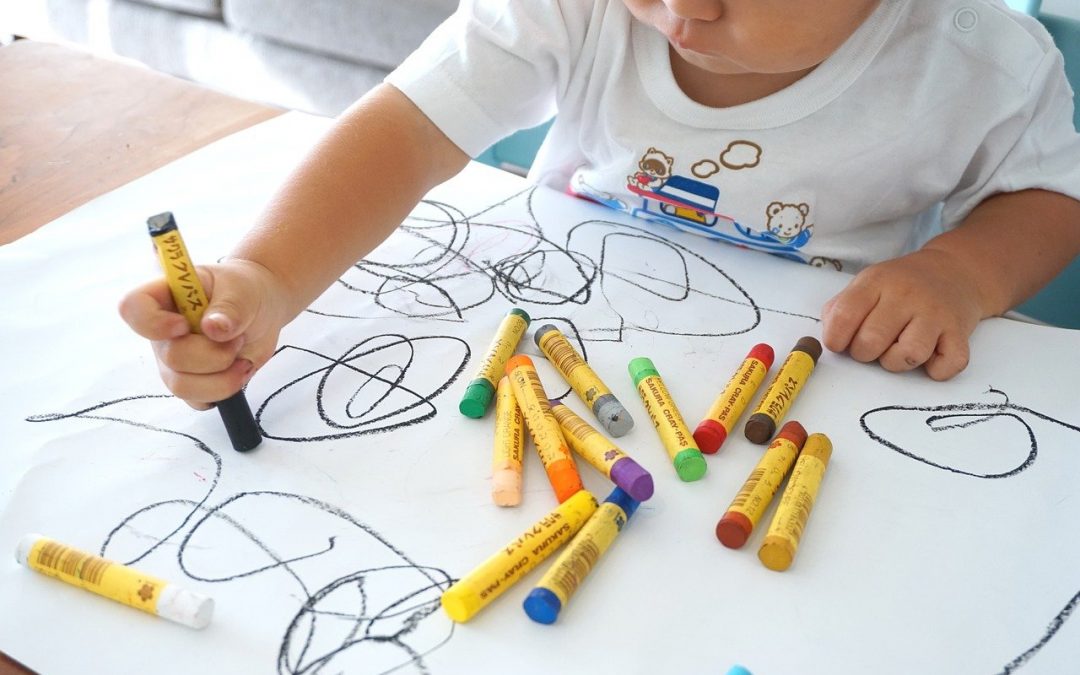 We are raising co-creators. So let’s let God’s creativity shine.

Parents are such a big part of nurturing this. Parents encouraging creativity is important. Children feeling that their parents believe in them can also be life-changing.

There is that adorable scene at the opening of the movie Cloudy with a Chance of Meatballs where little Flint Lockwood runs home crying. His mom comes into his room and says, “the world needs your creativity Flint” and hands him his scientist coat.

I enjoy watching my children’s creative wheels spin. I want to have as few obstacles as possible for their ideas to materialize. I watch them in fascination as they try things, build things, create things — in larger and larger scales.

I tell myself, “These are God’s children.” He is our Creator and that same creativity is bestowed to them. These children will be building God’s Kingdom, building the foundation for the ideal world.

I want to raise creators and from a young age, I want them to have ideas and create them into existence. I don’t want to be the kind of mom that is more concerned about the mess or clean up aftermath that I would end up stifling that creativity. These projects will not remain at the scale of making one origami bird or one little clay animal. I watch my kids go at it and I think, “I am raising children whose scale of creation is going to be global, even Cosmic.”

So, during the COVID lockdowns of 2020, I let their imaginations go wild. 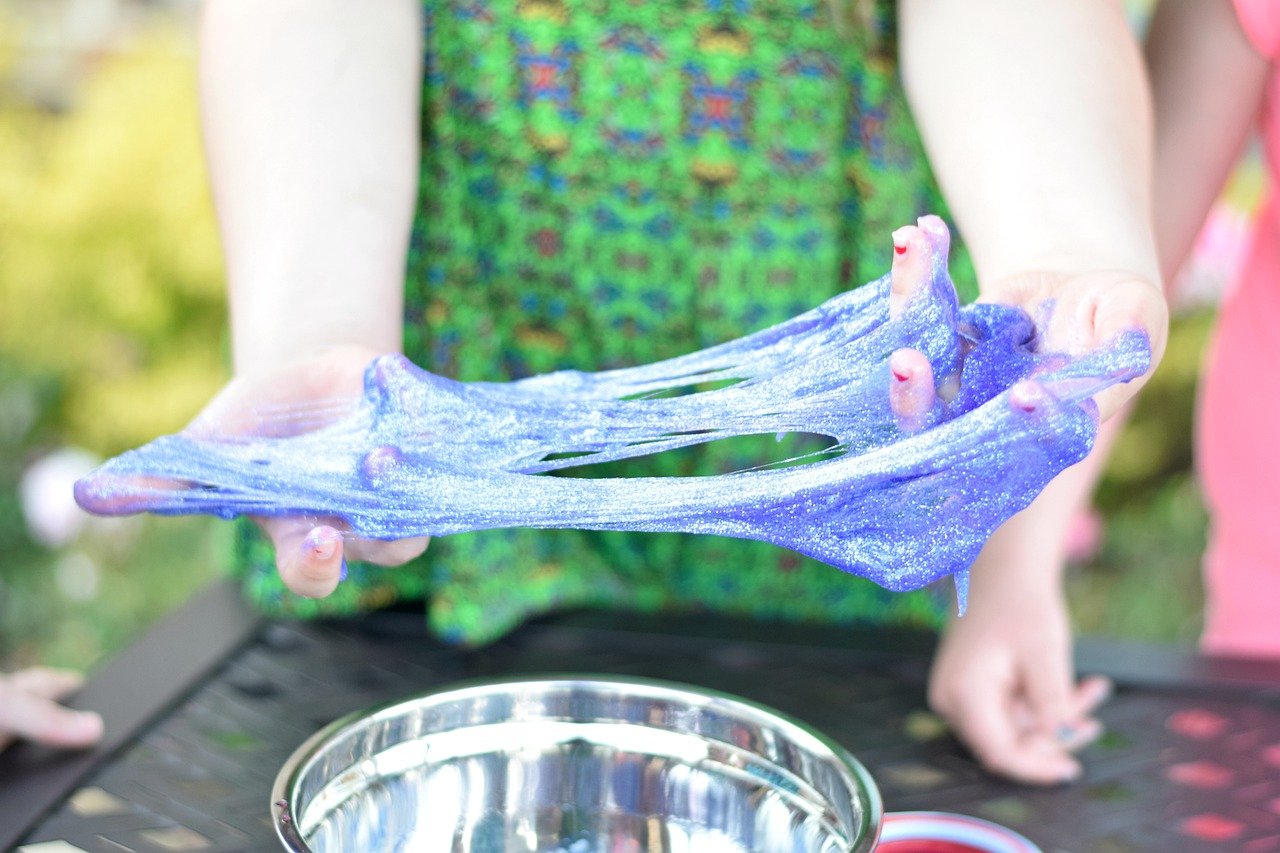 I have seen slime experiments go from a small bowl using just the typical glue base to becoming a myriad of ingredients, everything from body wash, shaving cream, toothpaste, egg whites, and even marshmallow. And I must say, most of them became slime! At one point, every corner of the house—from the refrigerator to the garage—had bowls and bins and containers of all sorts of slime. We had sunnyside up slime, melting snowman slime, and unicorn milkshake slime. We even had stress relievers made from slime and glitter slime. The only one we didn’t do because we couldn’t find a metallic base is a magnetic slime. But I still haven’t stopped looking for it so at some point they can try it.

And then we cleaned up. No sweat.

It wasn’t long before we moved on to candles. Large candles. Mini candles. Carving candles. Home-made candles. Creating mini stoves with the candles. Moving into opening a whole restaurant with a full menu offering — but cooking using candles.

And then we cleaned up. No sweat.

And then they came across Dr. Seuss’ sticky green substance, oobleck. And now the bowls were full of cornstarch and water — letting it ooze like liquid and then pounding on it or scooping it to make it hard as a rock. They went from a little bowl to a bigger bowl. One day, the children were talking with each other about filling the pool with it. “Do you think we could walk on it if we filled the pool with it?”  I said — go ahead and try.

And then we cleaned up after that phase. No sweat.

I see how this is paying off because my children are becoming quite the creators: resourceful and imaginative. I love watching my daughter stare at a box and then say, I got it. Or see an empty carton and say, “I want to try something.” I let her have the space to work on her project. One figurine I bought her to paint within an hour became four worlds she made on top of boxes, all with 3D figures, the environment fully decorated into the box, and complete with doors into and out of the world. There was an ice cream world, a unicorn world, an animal world, and a candy world. She lined up all the boxes of her worlds in the living room. It was fascinating to watch. 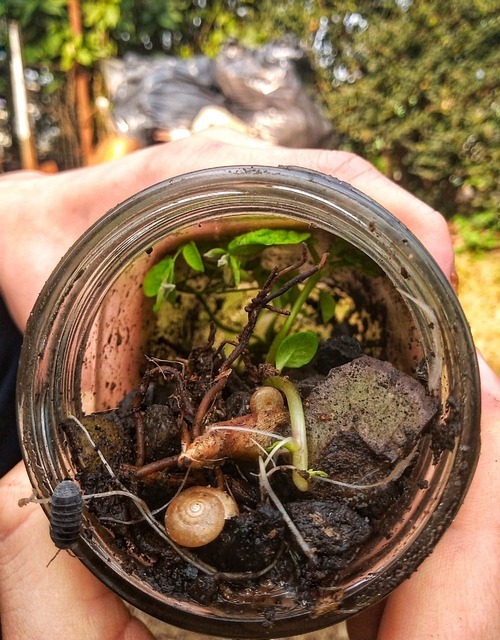 The latest fad is making bug terrariums. Ladybugs, pillbugs, caterpillars, and an injured bee. I watch again as their wheels spin. What started as cups to hold bugs and leaves and a branch or two became water bottles. That became larger two-liter bottles. Then we upgraded them into art supply containers. Soon they were getting clothes storage bins and turning them into exquisite, 5-star hotel level living quarters for bugs with water holes, branches to climb, and enough space to fly. In it, they were sure to include food for the bugs that they had researched, enough dirt, grass, and leaves to cover the bottom.

This weekend they overturned the bins, let all the bugs go, and cleaned up. So that closed that chapter.

And I am awaiting whatever comes next.

I’m already watching the wheels in my younger one spin like crazy. She wants to make a large slime rainbow and is busy pouring glue and mixing it together with the baking soda and contact lens solution, dividing them into different containers to mix in different colors. And she wants to build a whole house from cardboard boxes. She already went around collecting all the boxes in the house to line up, paint, cut and prep to join together into the many rooms of a multi-floored mansion.

Unleash your children’s imagination. Give them space and opportunity to cultivate their creativity. After all, all of our children are children of God, meant to resemble His creativity. Moreover, all of our children will help build God’s Kingdom and be part of creating God’s ideal. So, let them be creative but guide them always, to do good, wholesome things that nurture their love for God, humanity, and creation.