A Testimony of True Love 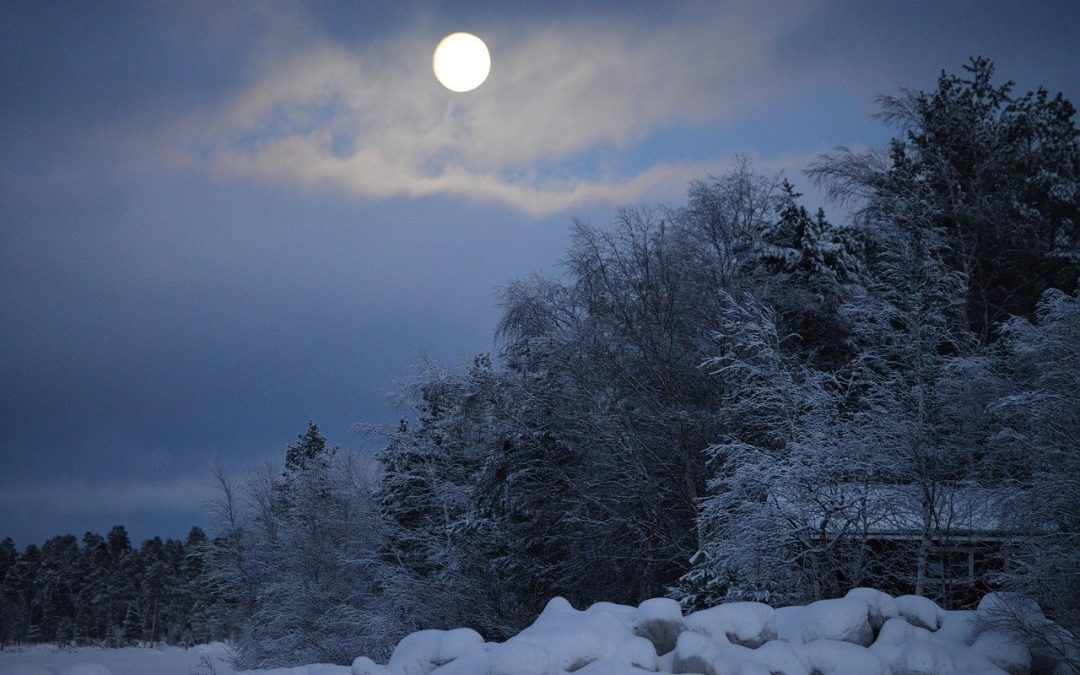 Not long ago, I described an experience to some people in which I was awakened at about 2 AM. In the fog of my mind, I noticed an unusual amount of light from the window being as it was the middle of the night. I got up and felt a chill in my room. I went to the window and saw that the light was a full moon, shining brightly. I felt called to go outside and pray, and so I bundled up and went outdoors. Why? I left my comfortable, warm bed and went out into the cold of the night to pray. Why? It is not that complicated to me: I have fallen in love with God. Incredulous people look at me with a smirk or some stifled sense of amusement. Their skepticism is totally natural since it may be considered unusual in an era in which science appears to have stolen the mantle of accepted “truth”. In today’s reality which disdain and mockery of people of faith have dominated.

Unfortunately, embarrassed or perplexed scientists struggle to find a way to dispel any spiritual phenomenon with disparaging remarks or ignorant statements without any semblance of open-mindedness. I realize falling in love with God is a phenomenon relegated to the realms of ridicule both overtly or behind one’s back. Nevertheless, I have fallen in love with God in a world dominated by the idea that He is not real; God today is an imaginary being, like Santa Claus. But, it doesn’t matter that other people cannot understand. I compare it to the reality of billions of people that never met my parents; to me, my parents were very real, and I loved them very much. To the billions that never met my parents, they would have to rely on my personal testimony of my relationship of love for them.

So, this brief testimony is a sliver of my love relationship with my Heavenly Father. Just as surely as one can fall in love with another human being, one can fall in love with God. For me, it started as my wife was dying of cancer. I prayed as I had never prayed before — sometimes talking, negotiating, and arguing with my Heavenly Father as I was pleading for my wife’s life. I was crushed during this period of time, first, in denial that Laura had cancer and for several months as I had hope for her recovery. But, just days before the New Year in 2018, she needed to go to the emergency room due to the incredible pain in her back, despite the heavy narcotic medicine to control her pain. In the scans we viewed, we observed that cancer in one location near her lungs had grown and had penetrated into her lungs.

This was the turning point for both Laura and me. She was a doctor and understood how serious it was in a more physical way. I realized how serious it was by looking in her eyes, and I saw then she saw her doom. Up to that point in our battle, we had always had hope for her to defeat cancer, but on that day, denial for me changed to desperation. From that time, my prayers were incredibly intense. But, there came within the realm of so much pain, a response from Heaven, as God began to share with me His pain of losing those He had loved.

I was surprised, yet deeply moved, He shared with me how much it hurt Him to lose Eve and Adam. The part of Genesis that describes the Fall of Man does not touch upon how the incredible pain of parents at the loss of their children. God’s empathy for me over my loss, helped me realize that our pain over the loss of love or life, is what it means to be created in God’s image. He exposed His pain to me, and I felt so much compassion and empathy from Him at that moment. He continued to share about other experiences of what He experienced in history; especially when Jesus was crucified. What father or mother would not suffer witnessing the mockery, beating, and suffering of any son? The reality of Heavenly Father’s pain became a reality to me – not just intellectually, but it penetrated the depths of my soul.

So, when this was all happening, I was still pleading for my wife’s life — even willing to change places with her somehow. However, in one climactic moment of prayer, Heavenly Father politely judged me to the core of my being. He asked a simple question: Dennis, who do you think can love Laura more; you or me? These words cut through me like a knife and crushed my ego. I could not do anything in my emotional paralysis, except to throw up my hands and surrender.

It was a moment in which I not only understood the answer but immediately I felt so much of God’s grace flowing into me and His embrace enveloped me. I felt overwhelmed by His love at that moment. From being paralyzed with pain, I felt overwhelmed by His love. That moment planted the seeds of the renewal of my relationship with Heavenly Father. It stimulated the growth and strengthening my love for my Father in Heaven.

“I felt so much of God’s grace flowing into me and His embrace
enveloped me. I felt overwhelmed by His love at that moment.”

So yes, I now can wake up in the middle of the night, willing to leave my comfort zone, and go out in the cold of night to offer my grateful heart to a very real person I am in love with: my Father in Heaven.