The Thanksgiving Story through the Eyes of a Second Generation Immigrant 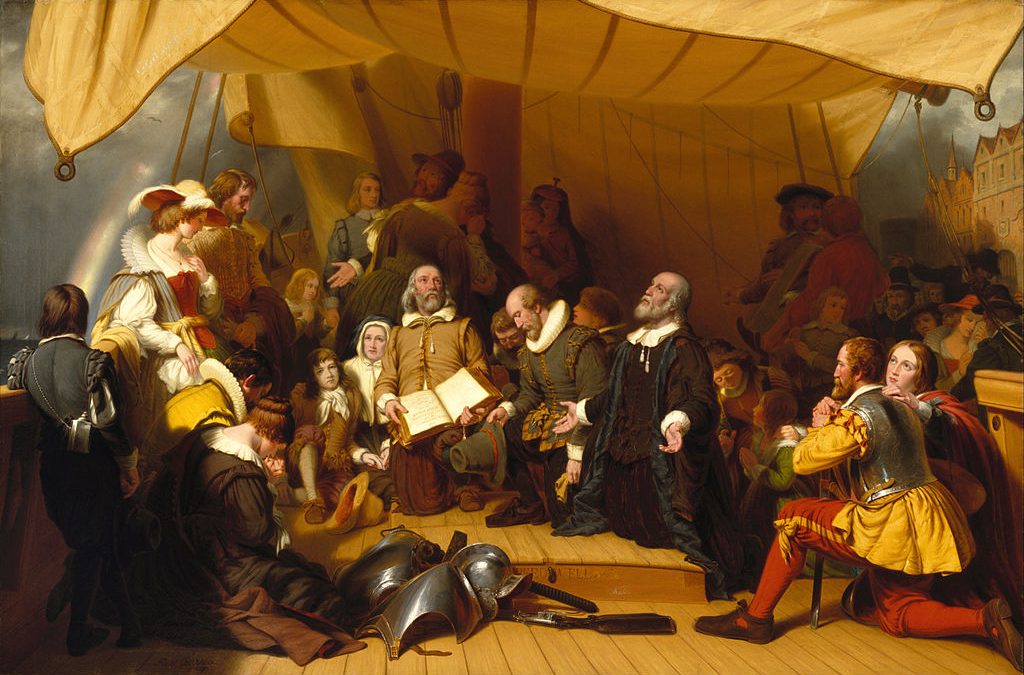 The American Thanksgiving Story has a deep place in my heart. It is a story I repeat every year to my children. I hope they will carry on the story as part of their own heritage with pride.

As odd as it might sound, the story of the Pilgrims, connects deeply to my own Japanese roots. I come from a Christian line, which is extremely rare for someone of Japanese descent. During the Tokugawa Shogunate, there was a farmer-lord from the southern islands. He was inspired by the Gospels and converted to Christianity. In the process, he learned that every person was born as children of God with value that was equal even to that of the Japanese Emperor. 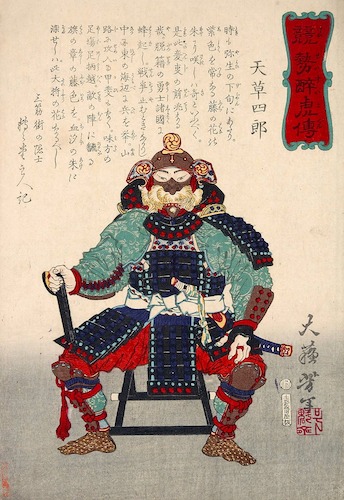 This teaching inspired him and his farmers, which eventually led to an uprising. These farmers, who knew more about tilling the soil than wielding a sword, dared to take up arms against the Emperor and his might. They were inspired to fight for the freedom to worship God in the way that their conscience dictated and to create a nation that would honor the principles of their faith.

(If you are reading with minors, perhaps it is safe to end here – the story is a heartbreaking one.)

Eventually, the rebellion was crushed. The leaders were annihilated. Those who survived were forced to go into hiding.  They were forced to keep their faith a secret for fear of execution by burning or beheading. It is recorded that the youngest Christian martyr of the time was no more than 12 years old.

(Minors can join you again here)

The story of the first Thanksgiving, even where it took place thousands of miles from the land of my ancestors has now become part of my own story, my own heritage. The American story is also a vindication of the story of my ancestors. Today, I am a citizen of a nation that allows each person to follow their conscience and worship God accordingly.

But we must remember that this feat didn’t come easily. The Thanksgiving story is one of many reminders of this fact.

The Pilgrims sailed across the ocean and were faced with seemingly insurmountable odds even before they began their journey. Yet, they were willing to put the comforts of their old lives aside, to pursue a chance to establish a place where they could worship freely. Some historians equate it to the Exodus story in the Bible.

Even as they set across the Atlantic to create a settlement, they were confronted with the reality that the world is filled with many people of many different convictions. Yet, they and those who followed built together – through trial and many errors in between –  a multi-faith, multi-cultural society based upon the shared dream of a land of equality, freedom, and opportunity.

And we ought to recognize that at the core of that first undertaking of our Pilgrim forefathers was the desire for each person to understand and connect to God.

There are parts of the story that lend significant lessons to us as a nation and in our families.

Did you know that during the first winter, the Pilgrims refused to eat their seed stores, keeping them for the planting in spring? They held onto the hope that they would survive the first winter and that they would succeed in creating a settlement where God could be a central part of their lives. In this story, they were blessed by the Native people who willingly shared their knowledge to help these new settlers figure out how to survive on the new land.

Did you know that the first place they built in their settlement was a church, and the second was the public house, a shared space for the entire community? In this decision, they were demonstrating that their faith was at the core of the society that they sought to create.

Did you know the first marriage after the settlement was established as a civil service? This indicated the commitment to give all people access to certain rights regardless of religious affiliation.

Did you know that Thanksgiving – both in the form of communal fasting and feasting – was an integral part of their lives? They realized that without God, they could do not anything. The Thanksgiving feast can be – at its best – an intercultural, interracial exchange, a celebration of life and its blessings.

I also continue to grapple with the darker parts of U.S. History. But it does not deter me from recognizing that this nation has done something quite remarkable in establishing a foundation for many faiths, cultures, and eventually races to live together.

Since that first Thanksgiving, so many immigrants have come to this country in pursuit of this same dream. 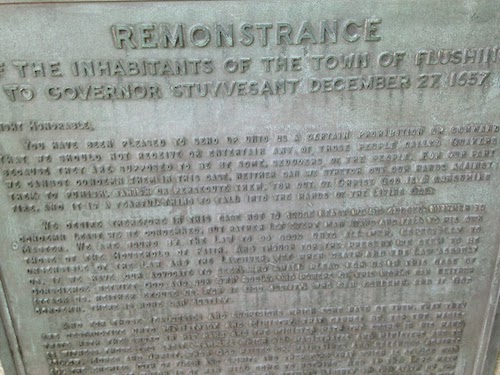 I haven’t been to Flushing in a while, but I was so proud that I could walk within a few miles and openly visit a Catholic, Anglican, AME, Baptist church, a Jewish Synagogue, an Afghani Mosque, a Russian Orthodox church, a Hindu and Sheik temple. The streets are dotted with these places of worship and are a testament to the collective voice of humanity seeking wisdom from the Divine on how to live well, on how to govern, on how to move forward in history.

This is why we tell the Thanksgiving story every year. To remember the remarkable nation that America is, its foundations, the hard sacrifices, the willingness to break paradigms of the past, and to commit to moving this experiment forward with every generation of Americans.