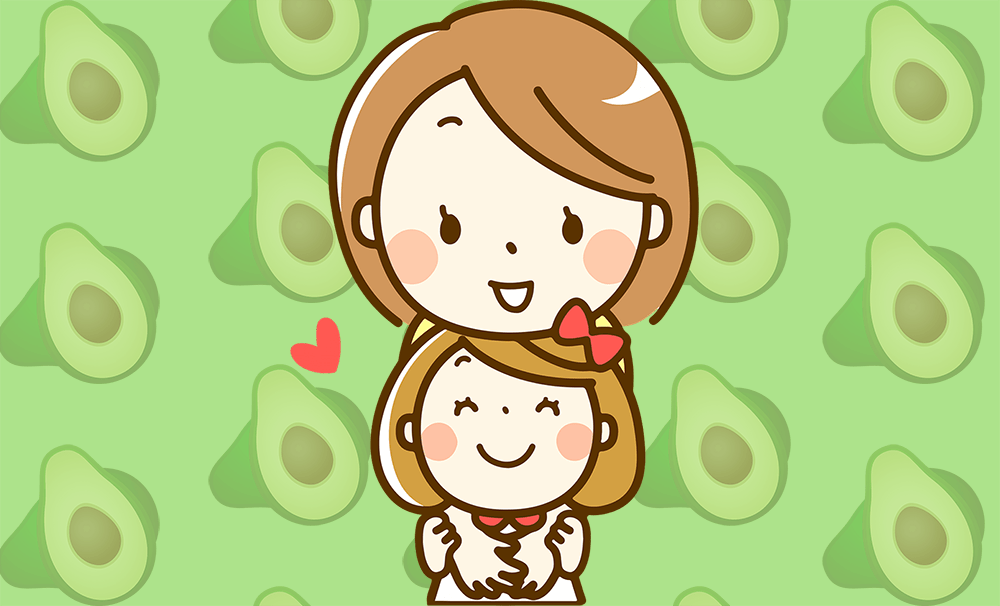 Sometimes all it takes to resolve a small situation is taking a larger perspective. Some call it the “birds eye view” or the “God’s eye view” but pulling ourselves out of our own feelings and perspective can have a transformative effect on disagreements. What follows is a short story about one way to try this out in your family. Tried it? Give us your thoughts!

It started with the avocado.

Avocados are a hit or miss at our house. One day, the kids can’t get enough, other days avocados are the reviled enemy of all. Sometimes I just can’t keep up. But I always try.

Today, my oldest (10) wouldn’t have it. She wouldn’t even eat one tiny piece, much

less a whole block of the monstrous, green stuff. Today it was because she didn’t like the texture. Honestly, I had had enough.

Instead of negotiating and a bit of whining and – as usual – finally eating the avocado, today, Emmy wouldn’t have any of it. She didn’t even want the avocado touching any of the other food. So she silently got up and began to make herself some food. I was a bit flabbergasted as this was not her usual behavior but I suspect it had something to do with behavior she had witnessed elsewhere.

Whatever the case, I felt I had to nip it in the bud.

“What are you doing?” I asked, testily.

“I’m making my own food.” She said matter-of-factly.

“Uh, no you’re not.” Man. Is this adolescence already?

“Yes I am. You can’t make me eat that.” Ugh. Really? How long have you known me?

I firmly put her bowl on the table and presented her a choice – the food I made or nothing.

She fled to the comfort of grandma’s consoling arms. I glowered a bit and debated my choices here. Just let it go? Go after her? Stand firm? I waited it out.

A bit later, Emmy came out and – a bit huffily – apologized. But she still didn’t make a move to eat.

I took a piece of paper and drew out a chart:

Scenario 1: I win and you lose – you eat the avocado.”

“So here’s Scenario 4: We both win – what do you think that means?”

By this time, the little smileys and frownys and the scenarios had warmed her up and she was interested.

She stated, “I eat the avocados and I eat dinner. Win-win.”

“Why is it win win? How’s it different from scenario 1?”

“Why are we both happy?”

“I win because I get dinner and I’m happy. I eat the avocado so you’re happy. In scenario 1 – only you’re happy.”

And we left it at that.

Later, I heard Emmy tell her grandmother that “today, mom and I both won.”

It surprised me a bit that it went so simply. Having just a bit of distance, looking at the situation from a wider viewpoint and drawing out these scenarios made it so easy to get a resolution.

I will definitely have to keep this one in my grab bag of negotiation techniques. I wonder if it would work for arguments between the kids? For my son? For a 4-year-old? We will see…