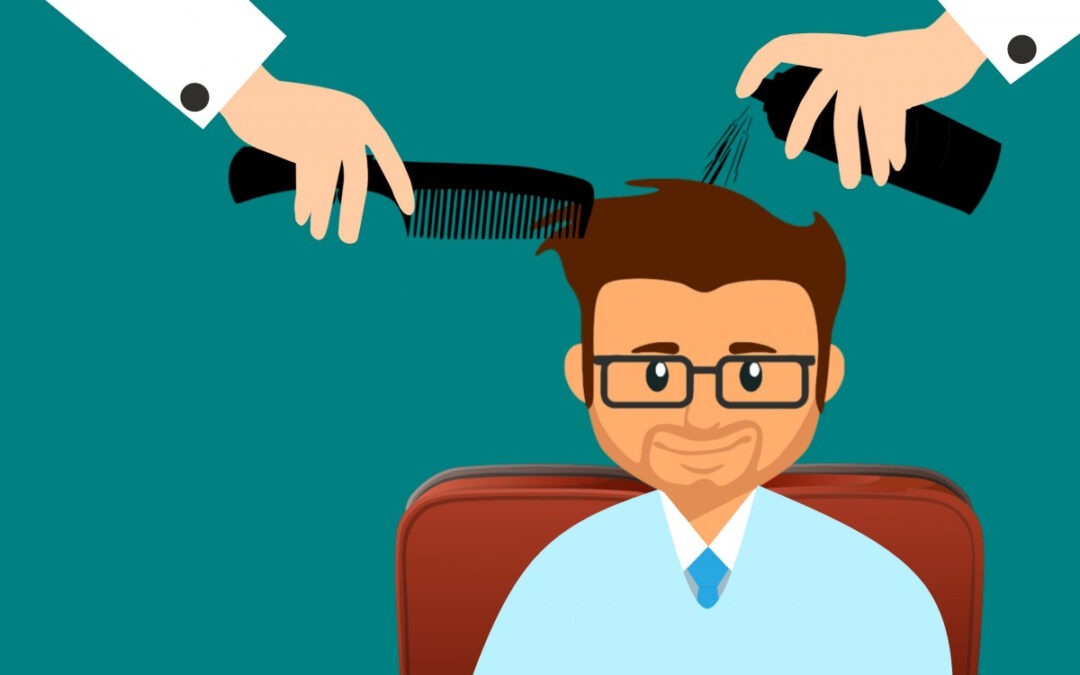 During the quarantine, everybody’s hair was getting long. Barbershops and salons were all closed. I was talking with my husband, whose thick curly hair was growing in all sorts of directions and starting to get into his eyes. We were picturing the day that the barbershops would open their doors again, and he could walk out with a nice clean cut. Then he surprised me with a question: “Why don’t you cut my hair?”

I was surprised by his suggestion. I had recently been talking with some male friends who commented, “I love my wife, but I just can’t get myself to trust her with cutting my hair!” At the time, I agreed with him wholeheartedly. Hair has a lot to do with how one looks and how one can present him or herself. When we wives say, “I do” at the altar on our wedding day, we don’t magically gain the ability to cut men’s hair well. I agreed with them and even found myself saying, “Believe me, I don’t trust myself to cut my husband’s hair!”

So a few days later when my husband asked me if I wanted to try cutting his hair, I thought he was joking. But he later asked again, “Do you want to try cutting my hair?” I responded, “You seriously want me to cut your hair?” He replied with a practical thought, “Yeah, it could save us some money.” But my inner struggle was deeper than that. It wasn’t my appearance that I was potentially ruining, it was one of the people I love and care about most. So I pressed him again, “You trust me to cut your hair?” “Yes,” he said.

We proceeded to buy some clippers, and the cutting began. His hair had gotten quite long, so I watched the big clumps of hair fall. It was intimidating, and there were moments I thought I had cut too much off, “Uh oh!” But my husband remained calm, and I remained focused. In the end, though, he and I were both pleased with how the haircut turned out.

I was surprised that it turned out well, but more than that, I was surprised by the profundity of the experience I had just had. Cutting my husband’s hair may seem like a simple thing, but my husband gave me a few things by allowing me to cut his hair.

For one, he gave me his trust, making himself vulnerable to potentially having to walk around with a messed-up cut for a month. He trusted that I would sincerely do my very best out of my love for him.

Another – I suspect – is his not-so-secret secret. He didn’t do this only for himself, to get his hair out of his eyes or to save money. As my spouse, he knows the part of me that’s insecure and lacks confidence. I could tell that in his heart, he had the desire to give me the opportunity to gain confidence in trying something new.

And finally, as a result of letting me cut his hair, my husband allowed me to find another way to give him love and care. As a wife, that means the world to me. For the husband and father that does so much for our family, I am honored to be his hair stylist for the many years to come.